Get fresh music recommendations delivered to your inbox every Friday.

Making and Then Unmaking 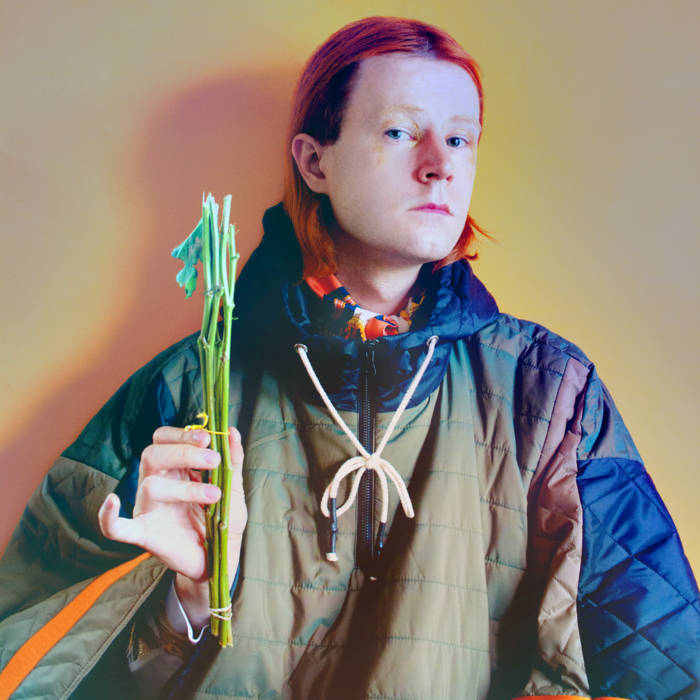 Dulcimer, pedal steel guitar, clavichord and banjo are not instruments that one normally associates with a new project from Derek Piotr, but his new album, Making and Then Unmaking, opens an entirely new chapter in his oeuvre. Coming out of 2019’s Avia, Piotr’s deeply personal celebration of his grandmother’s life, the artist found his interest in digital instrumentation waning and began to immerse himself instead in his long-held passion for folk music.

Diving into the Library of Congress’ archives, with a particular interest in the songs of Lena Bare Turbyfill, Piotr’s research focused on US interpretations of traditional folk music from the north of the UK (especially Scotland and Northumberland), most notably the Scottish murder ballad ‘Lamkin’. His investigation deepening, Piotr read widely around this and other songs and interviewed members of Turbyfill’s family, recording their renditions of these pieces. This stoked his excitement, and he began to formulate his own contemporary takes on this musical tradition.

This research has culminated in perhaps Piotr’s most musically ambitious and emotionally raw project to date. The composer’s voice is foregrounded throughout, operating in a different register to that of the more recognisable singing voice used on previous albums, and the historicity within each song’s lyrics and storytelling are central to their conception. There is a wide variety of acoustic instrumentation woven into the record, comprising instruments both native to western folk (acoustic guitar, pedal steel guitar, banjo) and more foreign to the genre (clavinet, saxophone, keyboards), and these formulatean often dense – but always carefully rendered – sonic palette.

Piotr wrote, produced and edited the entire album, co-mixing many of the tracks with the brilliant Scott Solter (The Mountain Goats, Spoon), and one with Nicolas Vernhes (Animal Collective, Dirty Projectors), orchestrating nine intricate compositions that are equally complex and delicate. There are connections, mysteries and lyrical echoes throughout the album, both intentional and coincidental, with layers of research and poetic resonance threaded through each composition. Stories, experiences and histories – both personal and universal – are evoked and reshaped in the context of the record.

Given the centrality of tradition within the album, it is fitting that the first song in this collection is the oldest. ‘From Your Window’, initially conceived as a more lyrically abstract piece, was birthed ten years ago, pre-Piotr’s solo career. In its finished form, Piotr’s insistent vocal is intertwined with a thicket of instrumentation, including acoustic guitar by Ed Williams (who performs on several songs here), percussion, and dulcimer by Tom Chandler.

The first half of the album is the most heavily inspired by folkloric tradition, particularly in its lyrical themes. Despite its extensive orchestration (among other elements, there are strings, Mark Lavengood’s pedal steel guitar, harp by Janelle Lake and three different acoustic guitar players), ‘Invisible Map’ feels even more intimate than the album opener. Piotr’s lyrics are self-reflexive and self-deprecating, exploring the contradictions inherent in simultaneously dwelling on and documenting past experiences while seeking growth and progress. He describes this as the ‘Dolly Parton moment’ of the record – a definition that fits perfectly, even if it is one that certainly couldn’t be attributed to much of his previous work.

‘Sandhill Command’ is one of the most recognisably ‘authentic’ renderings of folk on Making and Then Unmaking, perhaps owing to the humanity of its single-take vocal and the litany of folk lexica scattered through its verses. Accompanied only by David Karp’s acoustic guitar and subtle steel pedal guitar from Lance Martin, Piotr here again reflects on the notion of progress and development, but this time from the externalised perspective of an invested onlooker.

At the album’s centre are its most intertextual moments: ‘Bolakins’ and ‘The Stake/De’il In The Kitchen’. Piotr’s extensive research into and deep admiration for the balladic folk music of Scotland and Northumberland is borne out most explicitly in these performances. ‘Bolakins’ is a variation on ‘Lamkin’, with the artist’s determination to pay tribute to Lena Turbyfill’s rendition being further emboldened by the revelation that longtime colleague Shirley Collins had recorded her version (‘Cruel Lincoln’) after coming across it on a BBC compilation. These singers’ moving deliveries of this traditional Scottish murder ballad – whose history is one tied up in a variety of myths, legends and rumours – inspired Piotr’s uniquely North Carolinian take. ‘The Stake/De’il In The Kitchen’ is another study in selfhood, juxtaposing Lance Martin’s banjo (that well-worn staple of stripped-back US folk) with a playfully futuristic lyric about cyborgism and artificial intelligence. The coda interpolates the strathspey ‘De’il In The Kitchen’, here slowed to 88 BPM and performed by Jesse Ofgang (border bagpipes).

The final four tracks on Making and Then Unmaking maintain the folk-inflected orchestration of their precursors, but with a more autobiographical emphasis in the lyrical content. Changes in personal circumstances give much of this final act something of a ‘torch song’ aesthetic. Here, Piotr studies the ways in which relationships are made and unmade. The saddest piece on the record, ‘The Creek’ is also the densest musical composition here: its textures incorporate reed organ (Anders Lillebo), two banjos, viol da gamba (David Karp), autoharp (Alice Springs) and gorgeous backing vocals (Cassie Tarakajian). A lament, certainly, but one whose musical setting seems designed to obscure the singer’s apprehensive delivery of such revelatory lyrics.

‘Snow In Paradise’ and ‘The River’ also contain a wealth of instrumentation, with the former combining keyboards (David Karp), glass marimba (Noah Sanderson), drums/pencilina (Bradford Reed) and saxophone (Justin Comer), and the latter complementing Lance Martin’s pedal steel guitar with the addition of mandolin (also Martin) and clavichord (Ed Williams). Both pieces began as more fleshed-out works, but during the formulation of the record they were stripped down to establish a more Appalachian timbre. The lyrics to ‘Snow In Paradise’ are the most abstract on Making and Then Unmaking, but Piotr’s sensitive vocals illuminate their intimacy nonetheless. The more classical romanticism of ‘The River’, whose baroque nature nods to David Munrow, takes sonic inspiration from Björk’s Volta; specifically her clavichord recording technique. By placing the microphone inside the clavichord, the tonality is brought to full bloom, its enormity cradling and elevating Piotr’s vocal.

The closing piece, Piotr’s personal favourite, is a beautifully simple composition that feels both timeless and individual. ‘Light-Years’ features album mainstays Ed Williams (acoustic guitar), Mark Lavengood (pedal steel guitar) and David Karp (clavinet), and the instrumentation – which at first glance seems contradictory – is perfectly balanced here. The folk sound that Piotr has established across Making and Then Unmaking reaches its final destination on this song, with the overarching motif of a North Carolinian take on Scottish/Northumberlandian ballads expanded with the addition of Lavengood’s Weissenborn – a delicate texture reminiscent of the kora playing of Malian virtuoso Toumani Diabaté. In this way, ‘Light-Years’ acutely embodies the balance of the entire album. Derek Piotr has steeped Making and Then Unmaking in a variety of communal global musical traditions, but his lovingly detailed research, extensive song-writing process and deeply personal evocations have allowed him to produce nine beautifully fresh and contemporary sounding compositions: a musical history, made and unmade.

Derek Piotr is a folklorist, researcher and performer whose work focuses primarily on the human voice.

Bandcamp Daily  your guide to the world of Bandcamp

The Hammer and The Relentless from the Boston band Malleus stop by for a chat.